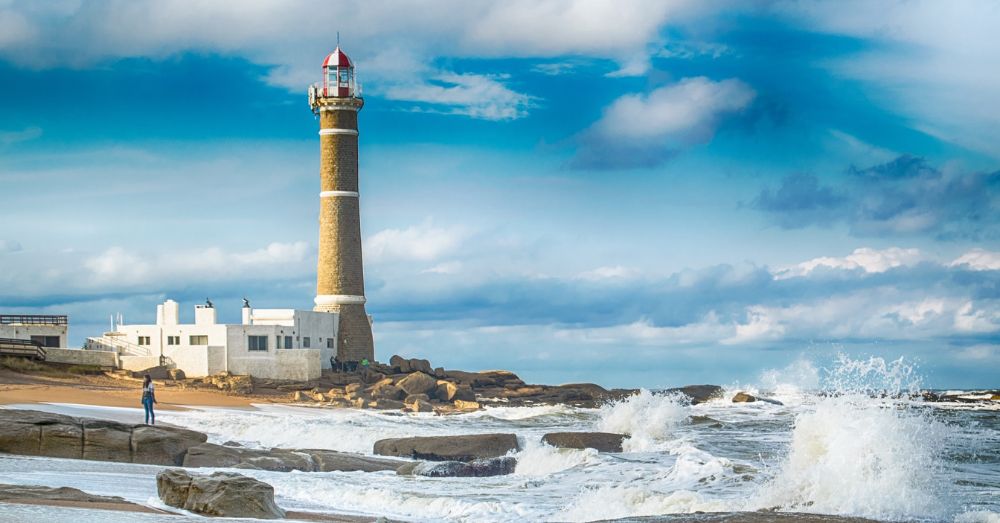 Do you want to live in front of the sea or even almost on the water? Do you want to invest in a property in Jose Ignacio, the coastal town where there are dream houses for sale facing the sea?

On Christmas 2012, Ingo Schirrmann, a television producer from Germany, traded his winter destination in the French Alps for a summer vacation in Punta del Este, and that decision transformed his lifestyle. He bought a piece of land near the ocean and built a modernist house there, designed by acclaimed local architect Martín Gómez. Mr. Schirrmann, who was residing in Hamburg at the time, intended to use the house during the southern hemisphere summer, but when he began to spend time at José Ignacio, he fell in love with the peace of the place. Finally the pandemic cemented his decision to make that his main residence.

José Ignacio is, indeed, a small town of less than one square kilometer. It also happens to be the most cosmopolitan corner of Uruguay. In recent years, this previously unknown fishing enclave has become a magnet for well-heeled globetrotters with a taste for rusticity. Like Mr. Schirrmann, Europeans and Americans who travel to the Uruguayan coast for the holidays end up investing in property in José Ignacio, joining a growing group of South American residents.

In José Ignacio there are vast beaches, open skies, the famous restaurant The footprint, which delights customers with its grilled seafood and weathered wood décor, and most important of all, it is far from the stress of modern life. But, for those who need urban life, Punta del Este is close by, a larger, more elegant tourist center with all kinds of services.

A stable country for foreign investors
Uruguay offers stability and tax benefits for foreign investors. For this reason, the real estate market is in full swing, especially when it comes to luxury residences with inspiring views. Among the houses for sale that stand out is Colette. Designed by Federico Álvarez Castillo, it is a complex of 42 units, where a three-bedroom apartment of approximately 150 square meters costs 1,3 million dollars.

Mr. Álvarez Castillo used high-quality materials, such as Italian marble, German fixtures, and Brazilian lapacho wood, but was very restrained in planning the building’s amenities, where there is little more than an outdoor pool and small gym. His idea was to keep expenses to less than $2.000 per month per unit.

Unlike Punta del Este, where the skyline is getting higher (the new Fendi Château Residences, a complex of four buildings, reaches 27 stories), José Ignacio and the surrounding area have strict building codes aimed at preserving the environment and rural identity of the area (buildings cannot exceed 6 meters).

Plots along the water, which are becoming increasingly rare, can cost $150 per square meter, much more than similar plots in less fashionable coastal areas of Uruguay. A house built by a renowned local architect starts at $200 per square meter. Mr. Gomez has recently completed a 1.000 square meter residence built right on the dunes of Playa Mansa, known for its spectacular sunsets. Including the land, it cost about $4 million.

There are still some opportunities for houses for sale in José Ignacio. In La Juanita, a rugged, slow-developing neighborhood a mile west of town, parcels very close to the beach cost between $300 and $400 per square meter.

But many buyers, especially foreigners, may prefer to buy something already built with maintenance logistics included. Garzon Coast offers both custom-designed homes and condominium-type services (cleaning, gardening, and more). Conceived by Alejandro Bulgheroni, an Argentine energy magnate who owns a championship golf course and an award-winning winery, Costa Garzón is poised to be the most exclusive project in the area, if not the entire country.

Located on José Ignacio’s Playa Brava and just a five-minute drive from the town center, this collection of seaside parcels -ranging from 1100 to 1500 square meters and starting at $1,7 million- comes accompanied by a series of extras, such as membership in the Garzón Tajamares Golf Club and the Bodega Garzón wine club (where members can create their own wines using varietals from any of Mr. Bulgheroni’s vineyards in Uruguay, California, Italy, France and Australia). To build their homes, buyers can hire the Costa Garzón team or bring their own architect, as long as the design adheres to certain aesthetic guidelines.

Although Mr. Bulgheroni is unequivocally addressing the jet set, he is aware of the importance of respecting the rural and bucolic style of the area.
If you are looking for peace and elegance near the sea, the houses for sale in José Ignacio are your ideal place. 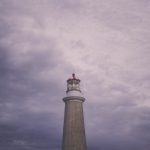 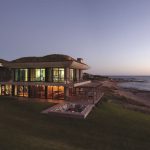